It would be wrong to think that science fiction is the only genre that deals with environmental issues, as it imagines a world destroyed by the apocalypse. Fantasy is just as alarmist, pessimistic even, and willingly takes on the climate emergency.

When spring unfolds the beechen-leaf and sap is in the bough, When light is on the wild-wood stream, and wind is on the brow, When stride is long, and breath is deep, and keen the mountain air, Come back to me! Come back to me, and say my land is fair!
Treebeard, Ent Guardian of Fangorn Forest
J.R.R. Tolkien, The Lord of the Rings: The Return of the King
1

Industrialization Embodied by the Forces of Evil

Fantasy generally describes worlds where nature is preserved and it worries about the disappearance of the supernatural beings and spirits that inhabit it. This caution stems from the arrival of the industrial revolution in the 19th century, when the English countryside was ravaged in the name of progress, but also with the First World War and the havoc it wreaked on man and nature. 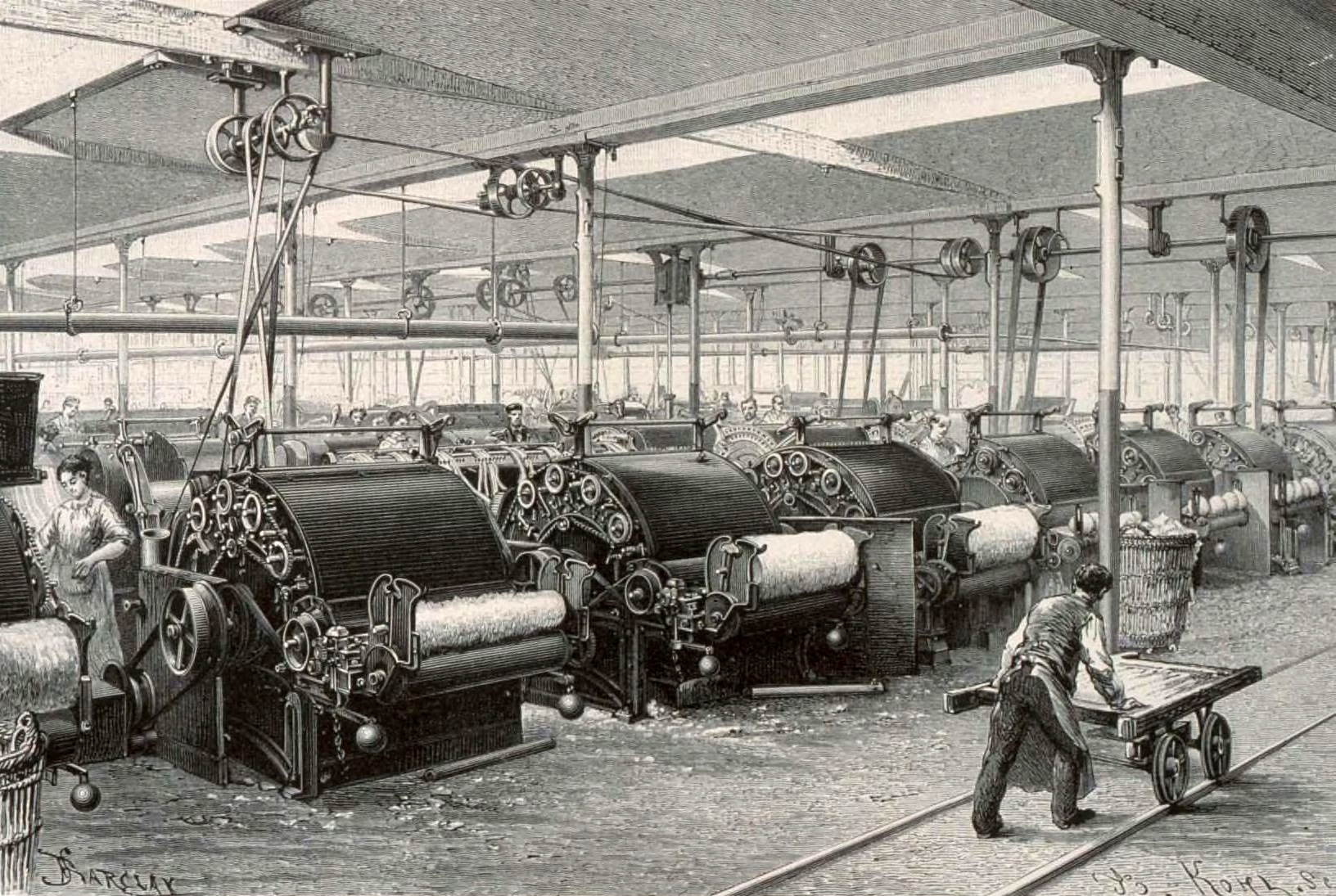 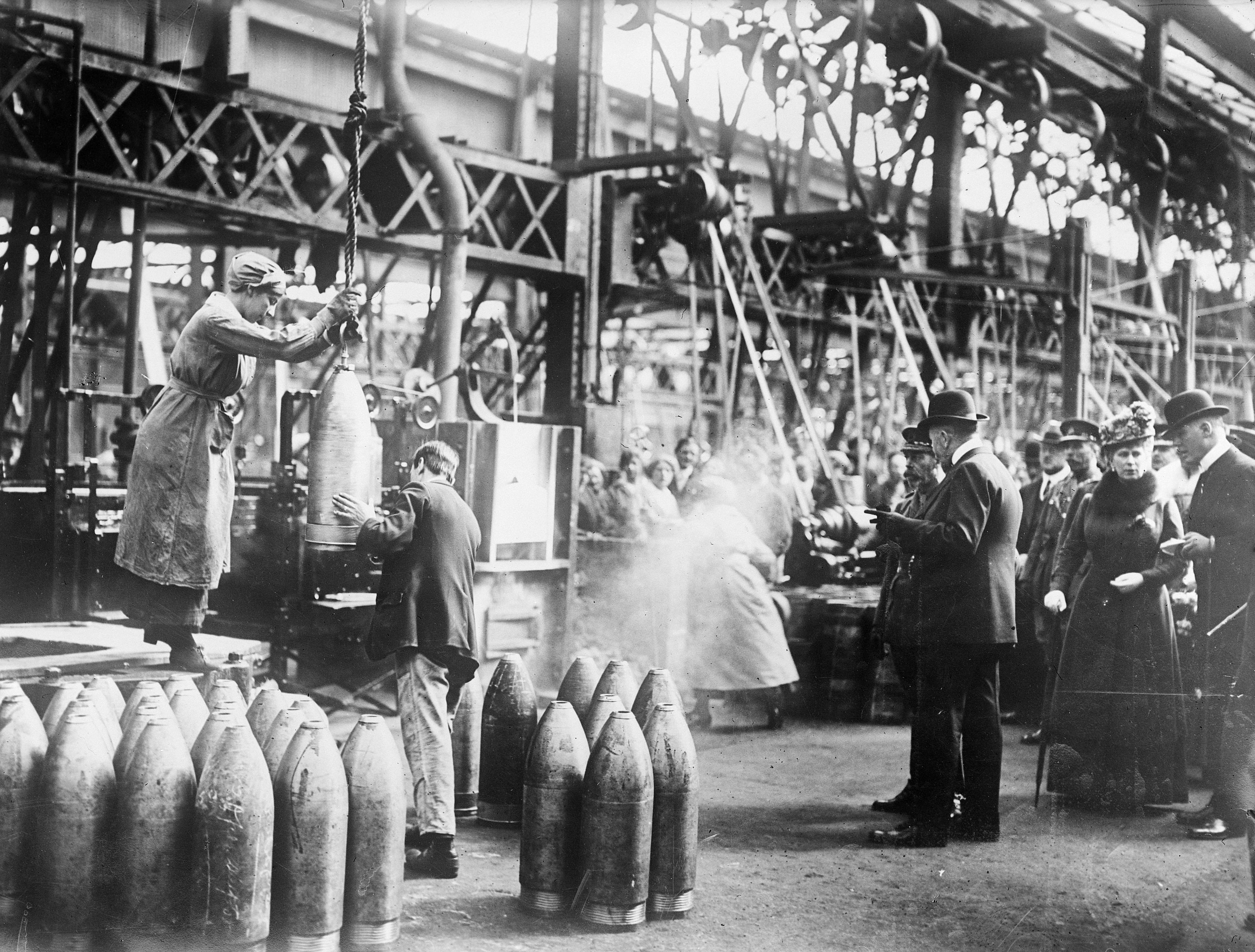 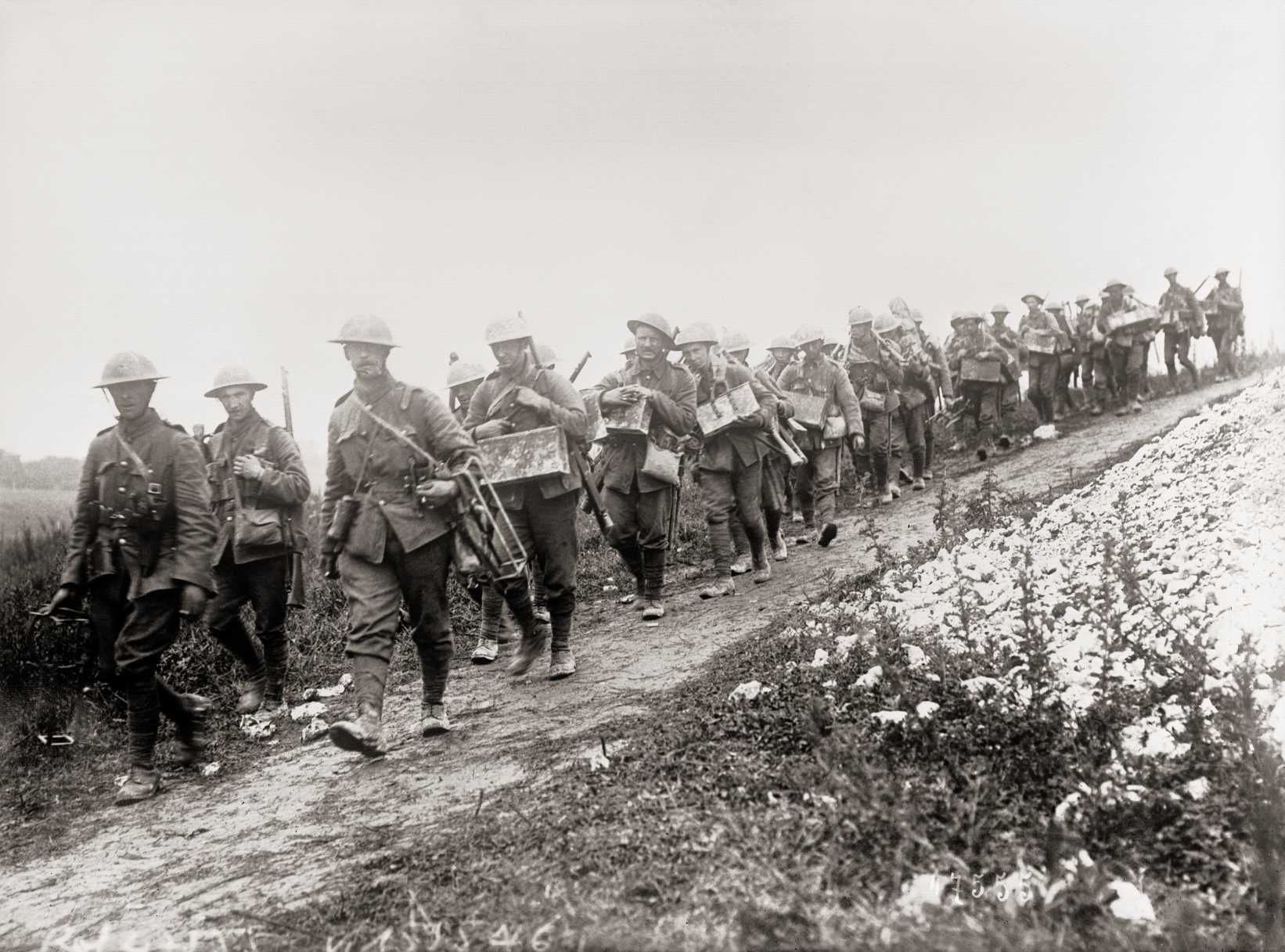 British offensive in the Somme

James Watt (1736-1819), a Scottish engineer, filed a patent for his steam condensation chamber and perfected the steam engine invented by Thomas Newcomen. In 1781, he succeeded in converting circular motion into vertical motion in order to increase the power of the steam engine tenfold.

Richard Trevithick (1771-1833), a British mining engineer, invented the first steam locomotive. The engine of the locomotive was powered by the force of high pressure. It was quite rudimentary, but relatively powerful, and could tow 10 tons of iron at a speed of 8 km per hour.

The Frenchman André-Marie Ampère was the first to identify the nature of magnetic current and to discover electromagnetism. The German physicist Ohm formulated a law that made it possible to calculate the resistance of materials to electricity. These discoveries enabled the development of technologies using electricity as an energy source.

The start of the Second Industrial Revolution. Technical progress led to an increase in production and wealth. Cities, where industrial, commercial and financial activities were concentrated, experienced unprecedented development, aided by widespread human migration. Steam navigation and railways grew; the combustion engine was developed.

In The Lord of the Rings, the wizard Saruman becomes the symbol of this modernity and the harmful effects of technology. In Peter Jackson's adaptation, he razes Fangorn Forest to launch his terrible Uruk-hai against Rohan. Nature regains its rights thanks to the Ents, who destroy Isengard. At the end of the book, it is Hobbit territory that Saruman tries to annex, to transform the charming County into a hellish industrial society, thus threatening its ecosystem. 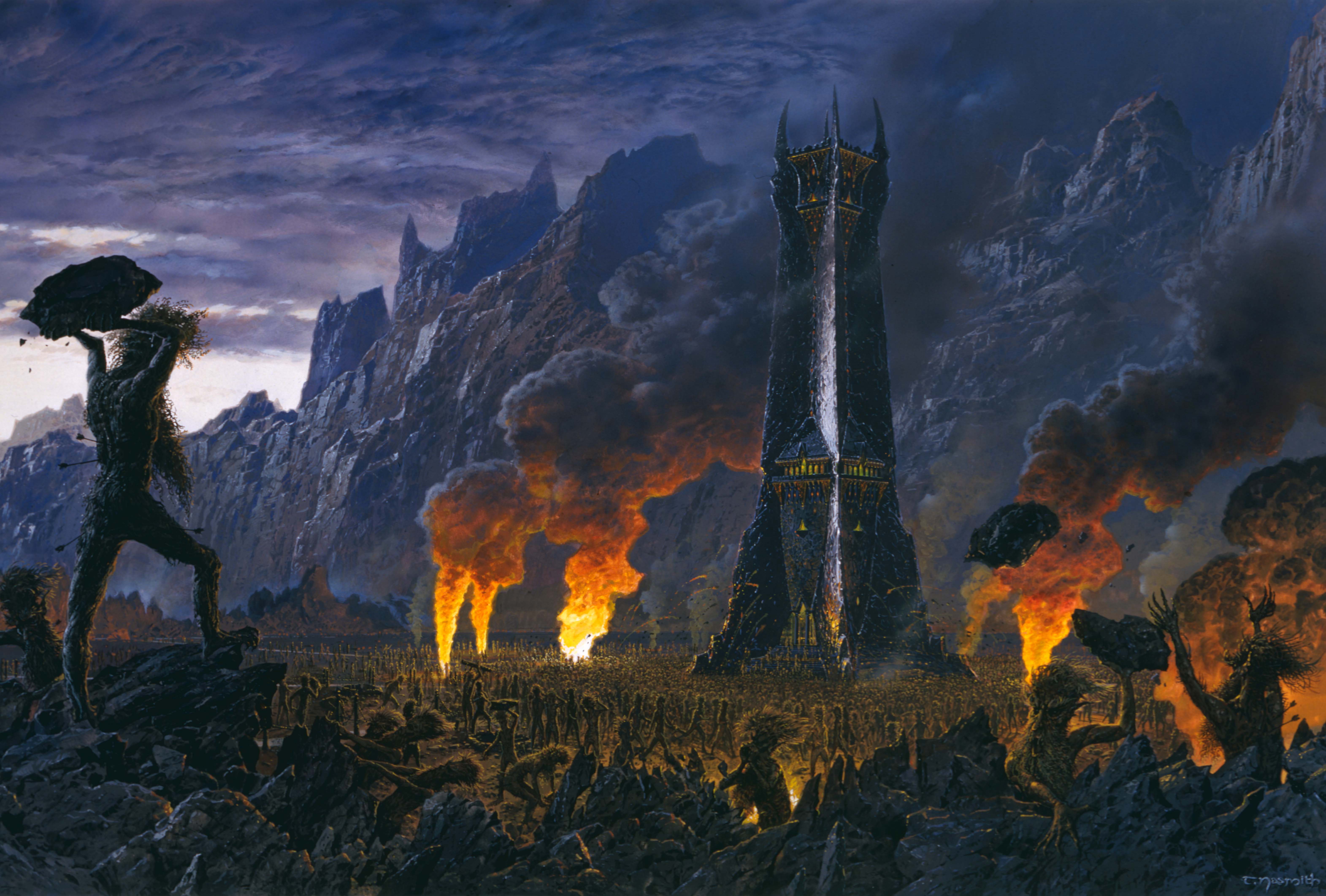 The Wrath of the Ents, illustration by Ted Nasmith (2003)

From Lord of the Rings (The Two Towers)

The Tolkien Calendar published by HarperCollins Treabeard, set design for the film Lord of the Rings by Peter Jackson An avenue of trees had stood there. They were all gone. And looking with dismay up the road towards Bag End, they saw a tall chimney of brick in the distance. It was pouring out black smoke into the evening air.
J.R.R. Tolkien
The Lord of the Rings: The Two Towers
2

Japan as a Standard-Bearer

In Princess Mononoke directed by Hayao Miyazaki, the god of the forest suffers the madness of humans who wish to destroy him. As he is beheaded, the deity's magical power triggers the beginning of an ecological catastrophe, finally stopped by Prince Ashitaka and the brave San. The Japanese filmmaker had already addressed the problem of human pollution with his friend Isao Takahata in Pompoko, where the Tanuki, spirits of the forest, join forces to prevent construction works in the west of Tokyo from annihilating their natural habitat. 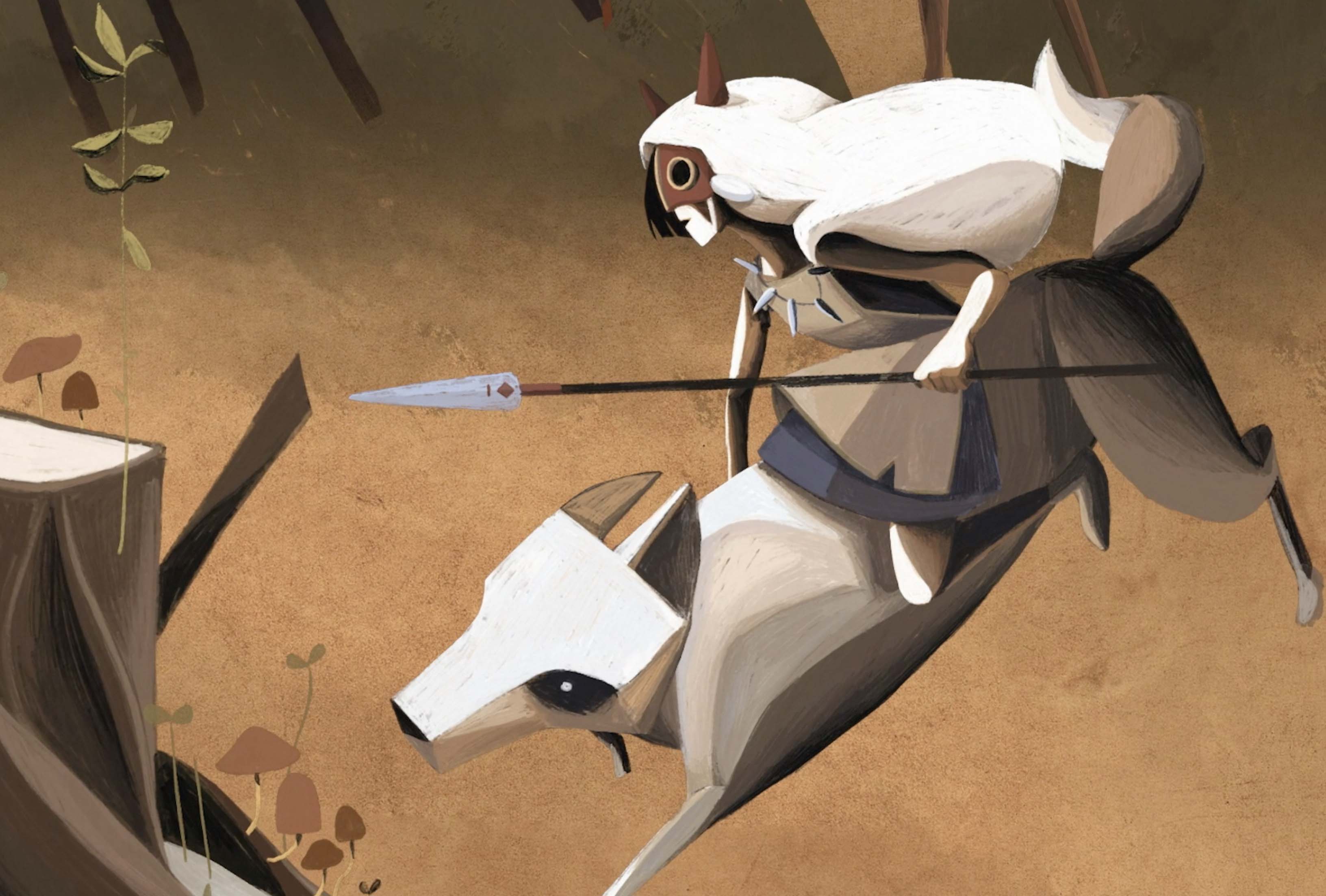 Through Chihiro's journey of initiation into the spirit world, Hayao Miyazaki seeks to reconnect with ancestral values, particularly Shinto, a thousand-year-old religion where deities continue to invest the world of the living. The supernatural is not opposed to the real or the everyday here, the two cohabit naturally. As for Gorō Miyazaki, Hayao's son, he very freely adapts Tales from Earthsea by Ursula K. Le Guin. His hero Prince Arren joins forces with the magician Sparrowhawk, who teaches him the virtues of nature and balance every day. 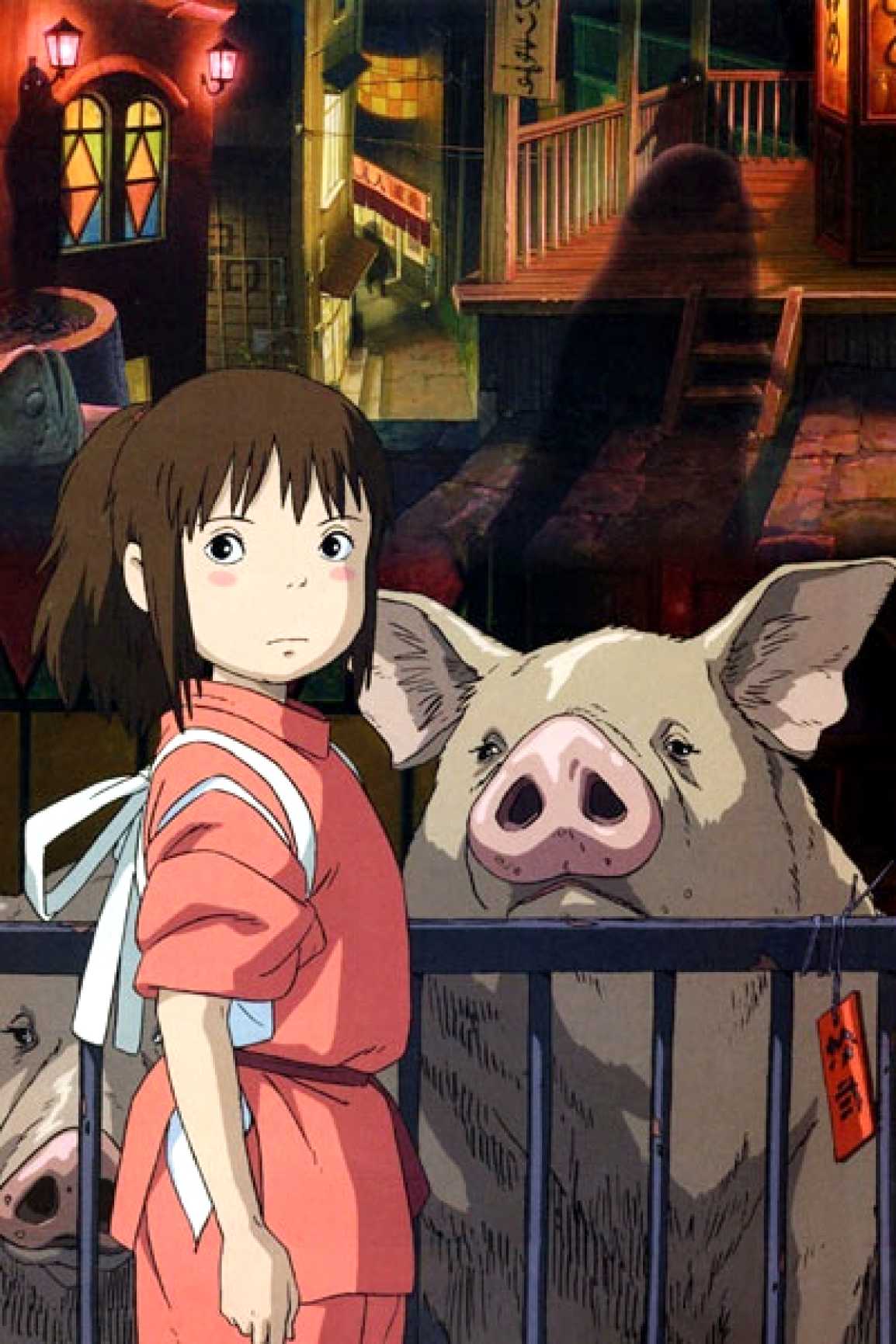 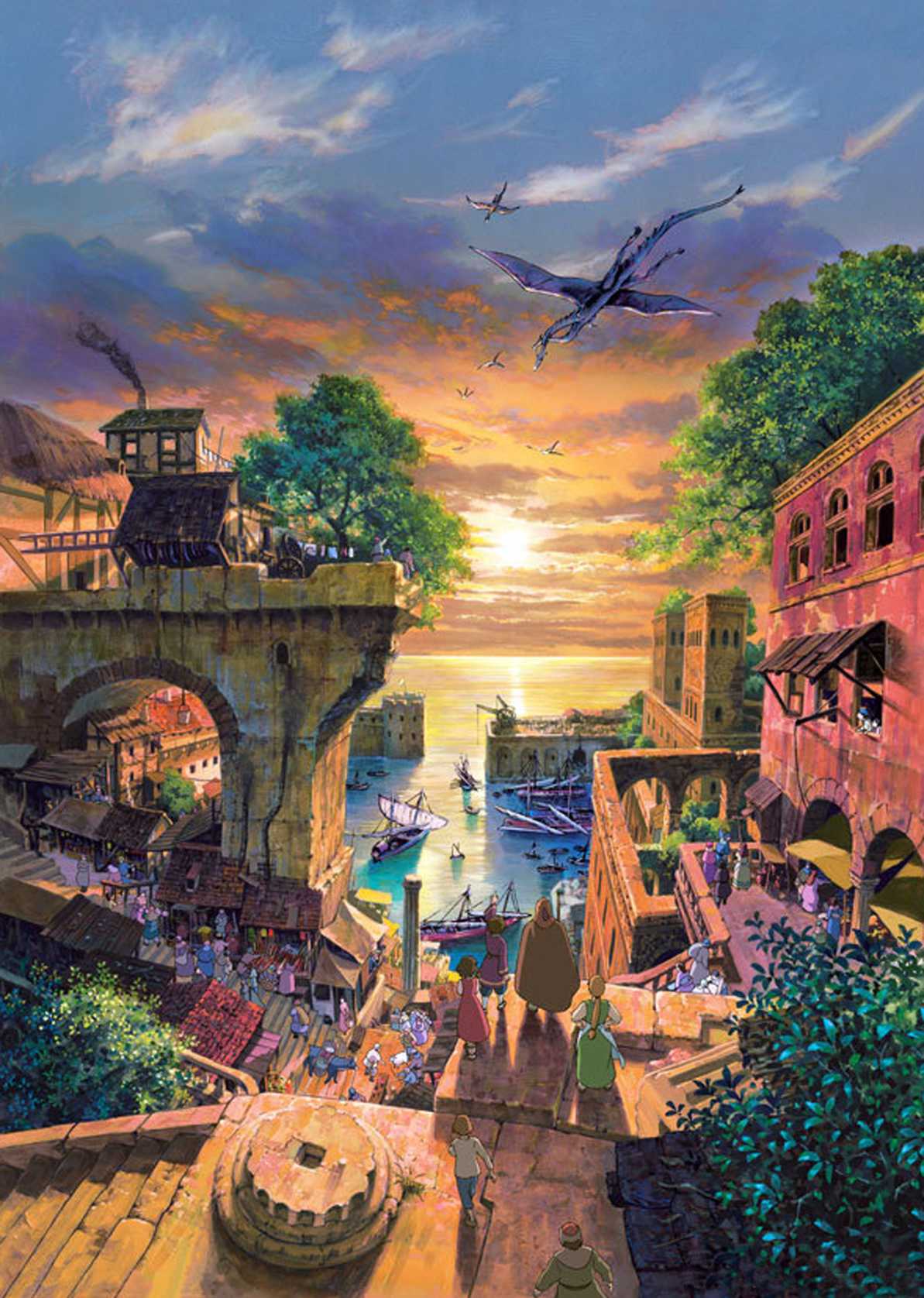 We wound, bruise, pollute and burn this earth, we are the most vile living beings there are.
Hayao Miyazaki
Nausicaä of the Valley of the Wind
3

Following the invasion of the First Men, the natives of Westeros, the "Children of the Forest", decide to create the terrible Night King to protect their home. A few centuries later, the first climate refugees of the Kingdom, the Wildlings, try to cross the famous Wall to survive and escape the White Walkers. One way to stop winter is to use Daenerys Targaryen's dragons against the Army of the Dead. A double-edged sword for the inhabitants of King's Landing: in the series, their city will be destroyed by these same dragons. 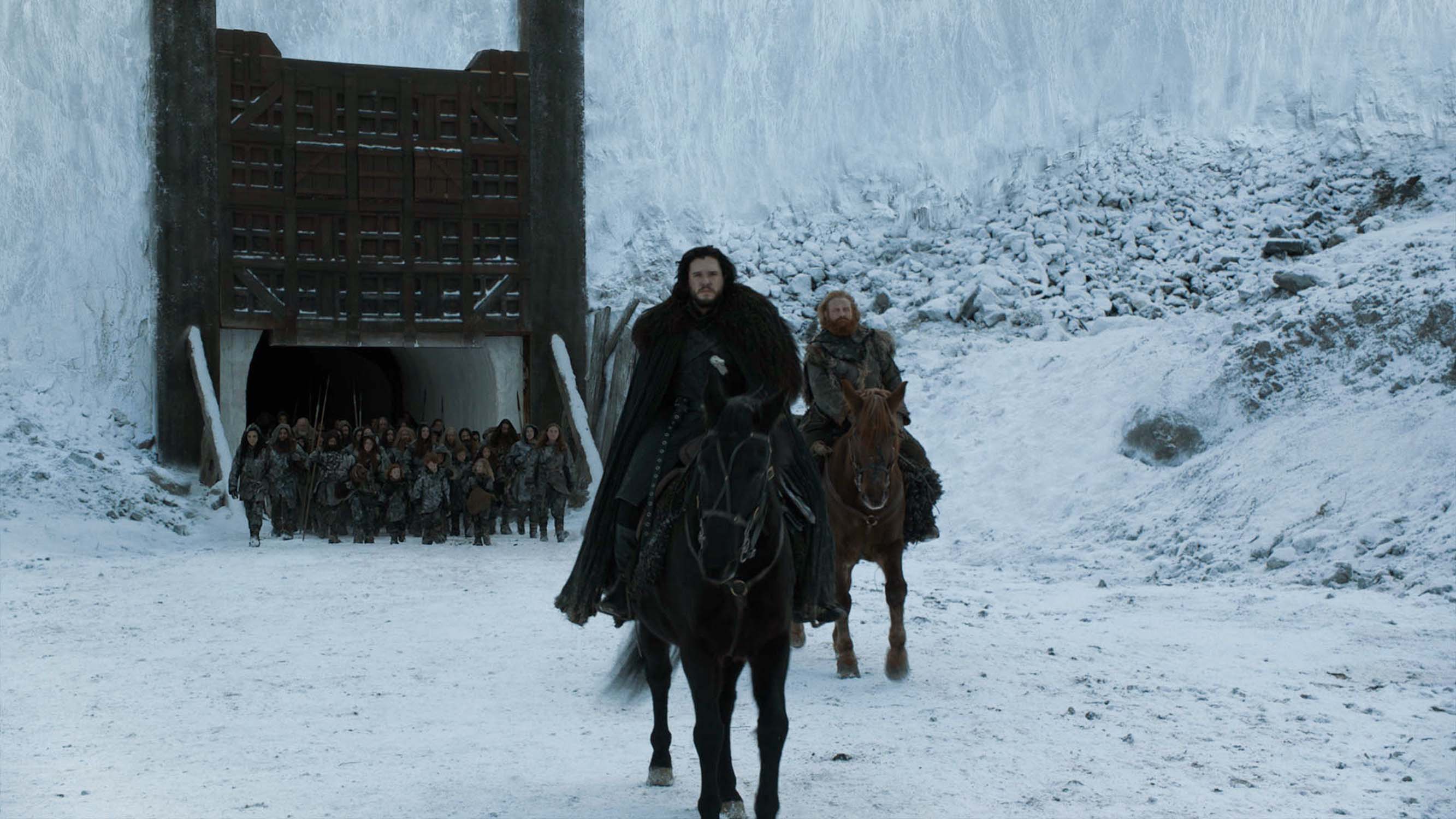 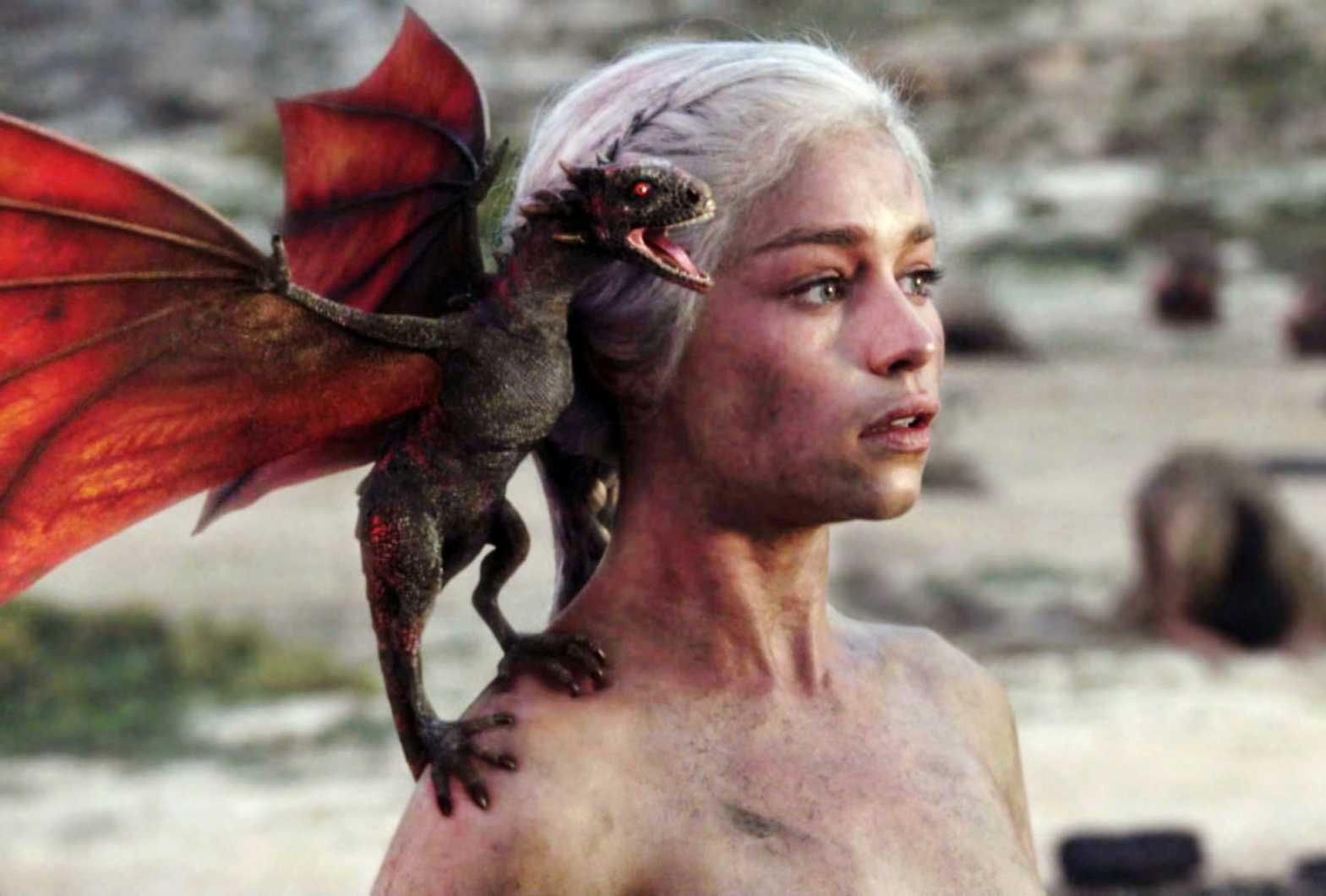 Emilia Clarke in the role of Daenerys Targaryen

I started writing “Game of Thrones” all the way back in 1991, long before anybody was talking about climate change. But there is — in a very broad sense — there’s a certain parallel there. And the people in Westeros are fighting their individual battles over power and status and wealth. And those are so distracting them that they’re ignoring the threat of “winter is coming,” which has the potential to destroy all of them and to destroy their world.
George R.R. Martin
New York Times

Symbolism of the White Walkers

Members of the Stark family are the first to sound the alarm. The lack of coordination between the leaders of Westeros to prevent the advance of the White Walkers is obviously reminiscent of the international situation and the difficulty of complying with agreements to reduce pollution. For Martin, humanity should be held accountable for its actions. 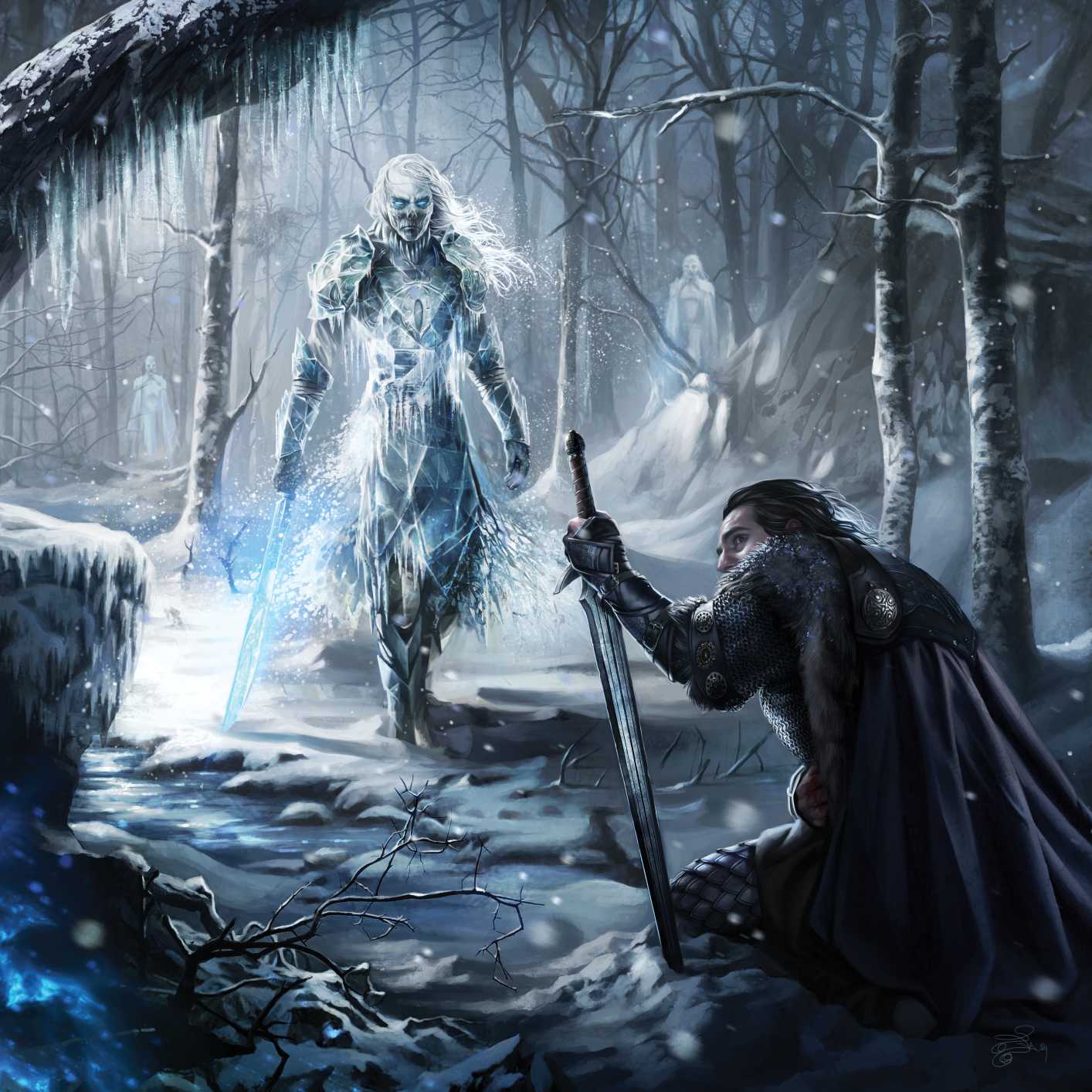 A Song of Ice and Fire Calendar, illustration by Magali Villeneuve (2016)

Advocating for the Defense of Nature

Fantasy arose as a reaction to the development of industry and war in the 19th century, depicting imaginary worlds where nature plays an important role. Saving nature from human aggression and reconnecting with it are major issues of the genre.

Advocating for the Defense of Nature

The Birth of Fantasy in Victorian England

Tolkien and the Inklings

Tolkien: A Master of Fantasy

Game of Thrones: A Long Struggle for Power